AKA Shinboner of the first half century

James Nicolas “The old timers told me that when we signed Les Foote as coach for 1972 it was huge news, and created enormous excitement at the club, with big crowds wanting to get in the rooms and at the Qtr time huddles to hear this legend.

His son played in the premiership team, and Foote went on to coach a number of VFA teams after this. He only coached us the one year that ended in a flag. When he moved on he secured an old Nth Melbourne Teammate in Frank Goode to coach us.

Marty Stals our reserves team manager played in this team in 1972, so ask him what it was like playing under one of footy’s all time great players.” 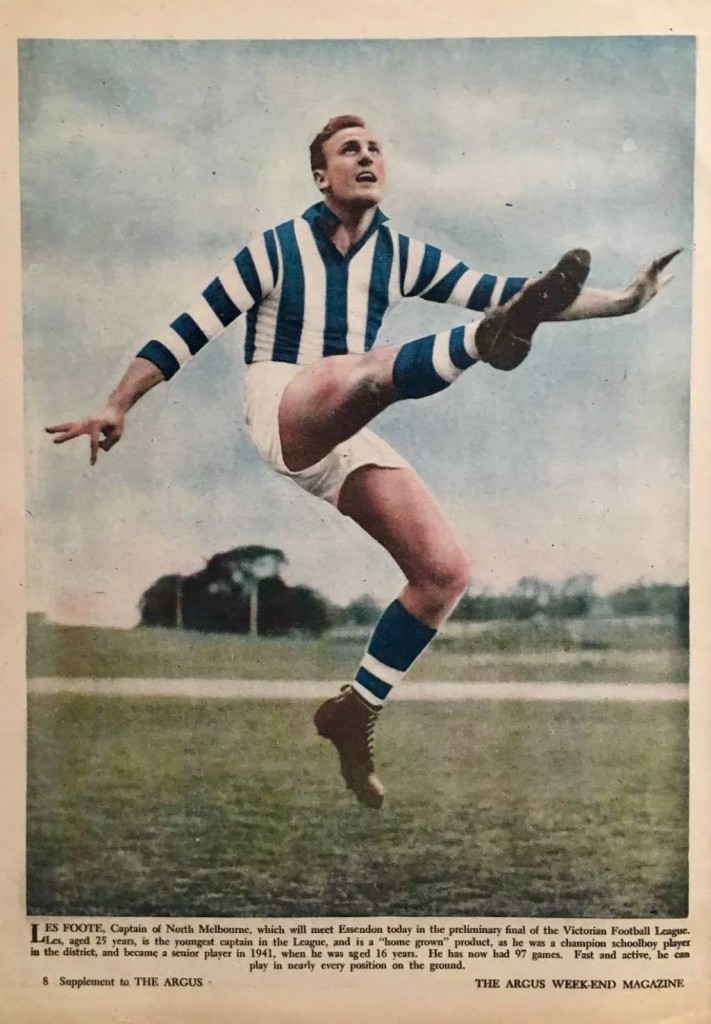